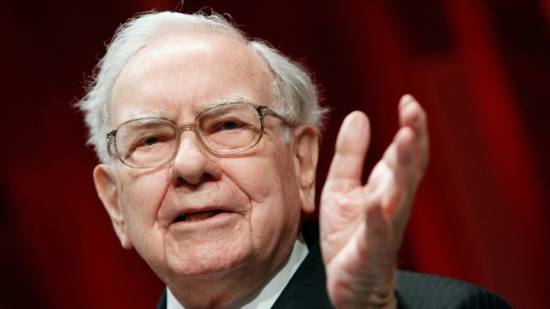 More than 200,000 former students, who still owe on a federal student loan from their time at ITT Technical Institute will see their loan balances cleared, whether they’ve applied for forgiveness or not.

ITT Educational Services closed its campuses in 2016 after years of questioning and scrutiny of its accreditation standards and recruiting processes. At the time, the institution had about 45,000 students across 130 campuses.

Some of the former students were already eligible for federal student loans forgiveness but this move applies to all borrowers who took on debt attending the school between 2005 and September 2016, when the school closed.

This brings the total amount of loan discharges under Biden to nearly $32 billion and leaves many wondering what more could be forgiven or at least if payments will remain on pause.

The pause has been helpful for millions

After mortgages, student loans make up the biggest chunk of household debt at more than $1.5 trillion, according to the Brookings Institution.

At the start of the pandemic, the government froze student loan repayments for most borrowers. In April, the White House extended the moratorium for the sixth time through to August 31.

“This pause will help 41 million people keep up with their monthly bills and meet their basic needs,” Vice President Kamala Harris said in an announcement. “It will give borrowers some urgently needed time to prepare for a return to repayment.”

A letter addressed to Biden and Secretary of Education Miguel Cardona and signed by more than 100 lawmakers highlighted those positive effects of the freeze.

“For the first time, many borrowers have had the opportunity to pay down debt, open a savings account, purchase a home, and save for retirement — none of which would have been possible without the payment pause.”

As the letter pointed out, many used the break to save up to buy homes, pay off credit cards or catch up on other bills.

“Resuming student loan payments would force millions of borrowers to choose between paying their federal student loans or putting a roof over their heads, food on the table, or paying for child care and health care,” the lawmakers wrote.

A path to forgiveness

If the president were to use executive action to cancel student debt, he would face legal challenges that Kantrowitz does not expect would not go Biden’s way. And Congress has not yet passed legislation for broad loan forgiveness, nor does it seem poised to.

Regulation might be the president’s best bet, says Kantrowitz, whose books include How to Appeal for More Financial Aid.

The federal government offers four income-driven repayment plans, which set loan payments at amounts meant to be affordable to borrowers based on their incomes and family size.

Most people forget these are also loan forgiveness plans, Kantrowitz says. After making qualifying payments for 20 or 25 years, depending on the plan, borrowers can have their remaining debt eliminated. Those who work in public service may qualify for forgiveness after just 10 years of payments.

One of four plans — the Income-Contingent Repayment Plan — gives the U.S. Department of Education broad regulatory authority such that it could be remade into a means-tested loan forgiveness program, says Kantrowitz.

Means testing, a method of determining eligibility for government assistance, is a way of addressing the concern over helping people who might not need it.

Biden “doesn’t believe that — that millionaires and billionaires, obviously, should benefit or even people from the highest income,” former White House Press Secretary Jen Psaki said after Biden’s remarks in the spring. “So that’s certainly something he would be looking at.”

Will he or won’t he?

One likely reason that Biden hasn’t followed through on his campaign proposal is the economic and geopolitical fallout of the pandemic and the war in Ukraine, says Siri Terjesen, a management professor and associate dean at Florida Atlantic University.

“With year-on-year inflation closing in on 10%, policymakers who remember basic economics will want to curb further stimulus in order to bring inflation back under control,” she said in an email. “A large student loan forgiveness program would drive up inflation even faster.”

Since the beginning of 2020, Biden has forgiven billions of dollars worth of student debt through other programs. Those include plans for borrowers who were misled by their schools, those with disabilities and others who work in public service.

The push for more continues.

“There is scarcely a working person in America who does not have a friend or family member or coworkers who is weighted down by student loan debt,” said Warren, who supports forgiving $50,000 per borrower.

Canceling that amount would cost $904 billion and forgive the full balances of about 30 million — or 79% — of borrowers, according to a report from the Federal Reserve Bank of New York economists.

Adding an income cap to forgiveness proposals “substantially reduces the cost of student loan forgiveness and increases the share of benefit going to borrowers who are more likely to struggle repaying their debts,” the report says.

Advocates of broad forgiveness argue that student loans contribute to racial and socioeconomic wealth gaps. But there are better ways to reduce racial wealth gaps, argues Adam Looney, a senior fellow at the Brookings Institution.

“Measured appropriately, student debt is concentrated among high-wealth households and loan forgiveness is regressive whether measured by income, educational attainment, or wealth,” he writes. “Across-the-board forgiveness is therefore a costly and ineffective way to reduce economic gaps by race or socioeconomic status.”

Kantrowitz expects Biden to make one more extension of the payment pause and interest waiver that will last until after the upcoming midterm elections.

While the White House has kept its cards close to its chest, Kantrowitz believes that loan forgiveness is likely to happen. “And if it happens it’s likely to be limited in amount and eligibility,” he says.

Meanwhile, the issue continues to shine light on the rising costs of going to college.

College tuition and fees were about 170% more expensive in 2021 than in 2001, Tejersen cites in a new book on reducing higher education bureaucracy.

“The silver lining in the student debt fiasco,” she says, “is that more Americans recognize the need to identify affordable college options.”