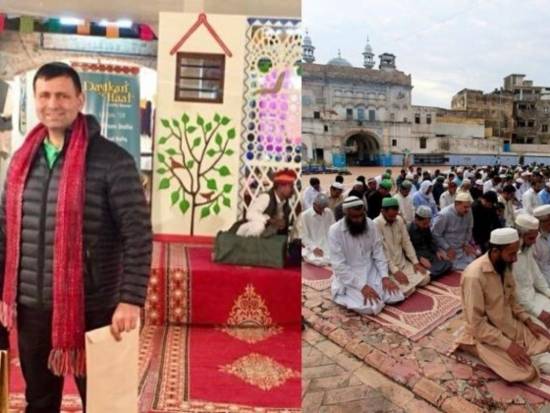 After several Indian nationals living in Arab countries were fired from their jobs for displaying and portraying Islamophobia through social media, Canada has also removed an Islamophobe from his job

Soon after several Indian nationals living in Arab countries were fired from their jobs for displaying and portraying Islamophobia through social media, Canada has also removed an Islamophobe from his job and terminating his contract with one of the leading real estate companies in the North American country, a report in Janta Ka Reporter said.

The Islamophobe identified as Ravi Hooda was a member of ‘School Council Chair’ in Peel District School in Brampton.

Several Toronto municipalities granted permissions to local mosques to call for prayer (azaan) on loudspeakers during Ramzan. This move by the municipalities were widely appreciated by Muslims as they cannot gather in mosques due to Novel Coronavirus outbreak.

On the other hand the move by Toronto municipalities was not accepted by Ravi Hooda and he posted a tirade mocking Muslims and their faith.

He wrote, “What’s next? Separate lanes for camel & goat riders, allowing slaughter of animals at home in the name of sacrifice, bylaw requiring all women to cover themselves from head to toe in tents to appease the piece fools for votes.”

Canada which is globally known for its liberal approach received shockwaves by Hooda’s remarks.

Peel District School Board in Brampton announced that it had removed Hooda as ‘School Council Chair’ and investigation was underway against him.

The Principal has begun an investigation. The individual is being removed from their role as School Council Chair and won’t be able to participate on council in any other capacity. Islamophobia is not acceptable and a clear violation of our Safe and Accepting Schools Policy, tweeted the school.

We do not share nor support the views of Mr. Hooda. We can confirm he has been terminated and is no longer affiliated with RE/MAX. Multiculturalism & diversity are some of the best qualities in our communities, and we are committed to upholding these values in all that we do, ReMax tweeted.

Our noise by law originally passed in 1984 only included an exemption for Church bells. It will now include all faiths within the permitted hours & decibel levels. The Muslim community can proceed with the sunset azan because it’s 2020 & we treat all faiths equally. #Ramadan, he tweeted./ nationalheraldindia

American philosopher Gary Wells: The Qur’an is a revelation from God, multi-level and profound, and mankind must learn from it