Uganda steps up fight against Zoonoses 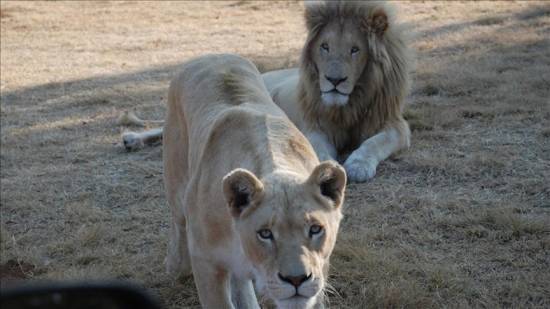 On the eve of World Zoonoses Day, which is being observed on Wednesday, experts told Anadolu Agency that the ever-growing population exerting pressure on the natural habitats of wild animals has resulted in closer interactions between wild animals and humans, causing a rise in cases of zoonotic diseases.

“An increasing close interaction between humans and animals provides a high probability of encounters with novel viruses that have human pathogenic potentials. For example, in the case of an agricultural fair in (the US state of) Maryland in 2017, flu-stricken hogs were exhibited and infected a group of fairgoers. Bush hunting and bushmeat have also been pointed out as the precursor to HIV and the origin of Ebola outbreaks in Africa,” Katongole Hadija, a university lecturer, told Anadolu Agency.

She added that bats, which often dwell in residential homes, have notoriously been known as the origins of some notable viral epidemics in the human population like the SARS-CoV-2 virus.

Dr. Fatuma Nakintu, a zoologist, said animal domestication and human exploitation of wildlife are inevitable. Therefore, the available data should guide authorities to shift their thinking from pandemic responses to pandemic prevention.

“Many people in Uganda interact with animals every day because of their benefits. To some, they are a source of food. To others, a source of labor, livelihood, travel, and so on. Many other people have animals as pets. What I’m saying is that people will always interact with animals, leading to a higher risk of virus spillover. Therefore, the authorities should bear these facts and not wait for an outbreak to happen for them to respond. No, they should design mechanisms that make this inevitable interaction safe,” she said.

She added that disease emergence that occurs anywhere can affect everyone everywhere.

“The current COVID-19 pandemic, which has killed hundreds of thousands of people around the world, in addition to its lasting negative impacts on local and global economies, is a tipping point those authorities cannot ignore.”

Zoonoses have two modes of transmission, including direct zoonosis. This is when the infectious disease is directly transmitted from animals to humans through media such as air or direct contact such as consumption or through bites. The second mode is an indirect zoonosis, which happens when the infectious disease is transmitted via an intermediate species or vector that carries the pathogen without getting infected. The exact mechanism of viral spillover however remains unknown.

According to a 2020 WHO report, zoonoses comprise a large percentage of all newly identified infectious diseases as well as many existing ones and more than 60% of human pathogens are zoonotic in origin. Some diseases such as HIV begin as a zoonosis but later mutate into human-only strains. Other zoonoses can cause recurring disease outbreaks such as Ebola virus disease, while others, such as the novel coronavirus that causes COVID-19, have the potential to cause global pandemics, said the report.

The ongoing COVID-19 pandemic has been associated with a wildlife market in Wuhan, China. Researchers suggest that buffer zones such as tree farms or reforestation projects around biodiversity-rich forests could dramatically lessen the likelihood of human-wild primate interaction.

The Director General of Health Services at Uganda’s Health Ministry, Dr. Henry Mwebesa, told Anadolu Agency that the Joint Risk Assessment is a milestone in implementing a One Health approach to disease prevention and management of the complex health challenges in Uganda.

“Recognizing the serious consequences of emerging infectious diseases and bringing together information on humans, animals and the environment are critical in ensuring risk management decisions,” he said./aa