Zionist settlers set fire to a mosque in the West Bank near the city of Ramallah early on Monday, according to local media reports. Parts of the mosque, located in the city of Al-Bireh, were reportedly damaged by the fire, with graffiti in Hebrew sprayed on the wall including the phrase "The state of Israel is for Zionist citizens."

A mosque was vandalized by Zionist settlers Monday in the "price tag" attack in the occupied West Bank, according to Palestinian residents.

Attackers spray-painted anti-Arab slogans and racist graffiti on the walls of a mosque in al-Bireh city in the central West Bank, the residents said.

"The Zionist government is responsible for such criminal and racist acts," Hussam Abu El-Rub, an official with the Awqaf and Religious Affairs Ministry, said in a statement.

He accused the Zionist authorities of supporting "these terrorist groups that do such acts", going on to call on the international community to intervene to "stop these groups from attacking Muslim holy sites". 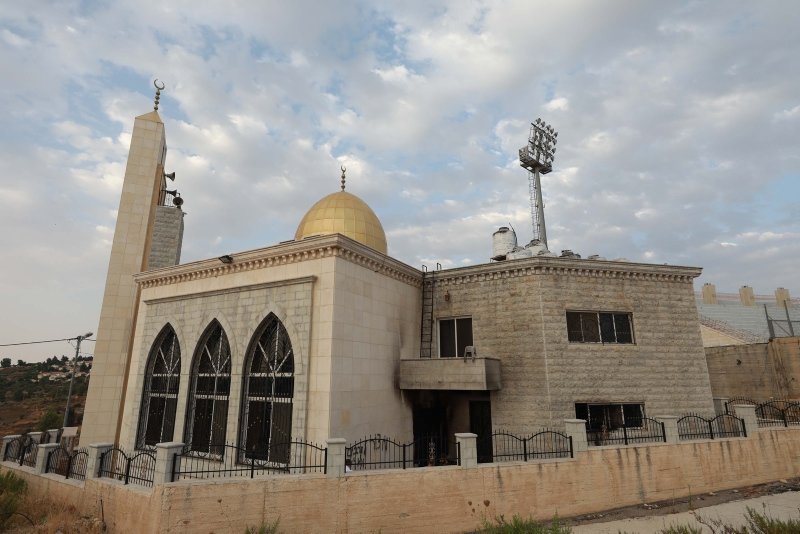 The mayor of Al-Bireh, Azzam Ismail, told the newspaper Haaretz that the mosque was close to an Zionist settlement and that the arsonists likely came from there.

Palestinian Prime Minister Mohammad Shtayyeh condemned the arson attack, calling it a "criminal and racist act" during a Cabinet meeting in Ramallah on Monday.

"Price tag" vandalism is a strategy used by extremist Jewish settlers to attack Palestinians and their property in retaliation for perceived threats to Israeli settlement expansion.

According to Palestinian figures, more than 700,000 Jewish settlers now live on 196 settlements which were built with the Israeli government's approval and more than 200 settler outposts -- built without the government approval -- across the occupied West Bank.

International law views the West Bank and East Jerusalem as "occupied territories" and considers all Jewish settlement-building activities on the land to be illegal.

India extends lockdown in Kashmir ahead of Eid
Monday, 10 May 2021
SRINAGAR, Jammu and Kashmir In view of surging coronavirus infections and ahead of the Eid
Pakistan urges UN to press India for release of political prisoners in Kashmir
Sunday, 09 May 2021
Pakistan conveyed its “deep” concern to the UN over the death of jailed pro-freedom
Jasikovac Mosque in Bosnia exhibits demolished minaret as remnant of war
Saturday, 08 May 2021
Bosnia and Herzegovina's Jasikovac Mosque maintains its demolished minaret in its yard as a
China says US politicians no show at virtual meeting on Xinjiang province
Saturday, 08 May 2021
China complained on Friday that "some US politicians" did not show up at a virtual briefing on
Muslims in Austria enthusiastically embrace Ramadan
Saturday, 08 May 2021
Muslims in Austria are enthusiastically grasping the month of Ramadan, despite homesickness and the
Former chief minister asks Modi to release Kashmiri prisoners
Saturday, 08 May 2021
A former Chief Minister of India-administered Jammu and Kashmir wrote Friday to Indian Premier