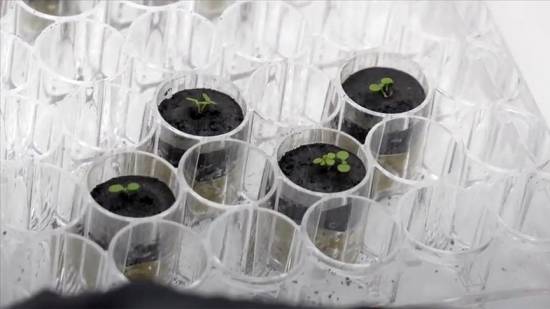 For the first time in history, scientists have grown plants in soil from the moon.

Researchers at the University of Florida planted a type of cress seeds in samples of soil collected from the Apollo 11, 12, and 17 missions, according to BBC news.

The Florida team was given just 1 kilogram of lunar soil per plant to do the experiment.

Also, the plants grown in moon soil developed more slowly and showed signs of stress such as stunted growth.

The study is considered an important step for NASA's project to establish a settlement on the Moon.