6 Smart Toys That Teach Your Kids How to Code, Create and Learn

For the most part, this year's Consumer Electronics Show revolved around smarthome technology andautomated cars, but one other category that surprisingly took up a lot of space in the exhibition areas was educational toys for kids.

Companies from around the world brought their connected toys and showed off how they could better educate children in a fun and 21st century way.

The opportunity for toy makers is even bigger when considering the shifting digital habits of children and parents' desire to keep digital activities productive and creative.

"Oftentimes it's playing, clicking, consuming, as opposed to designing and expressing," Resnick said. "I would tell parents to look for either the apps or the toys where the child is in control. If it feels that the toy or tablet is in control, then I'd be much more cautious about it."

Here are six toys that were showcased at CES this week and demonstrate the growing and changing category. 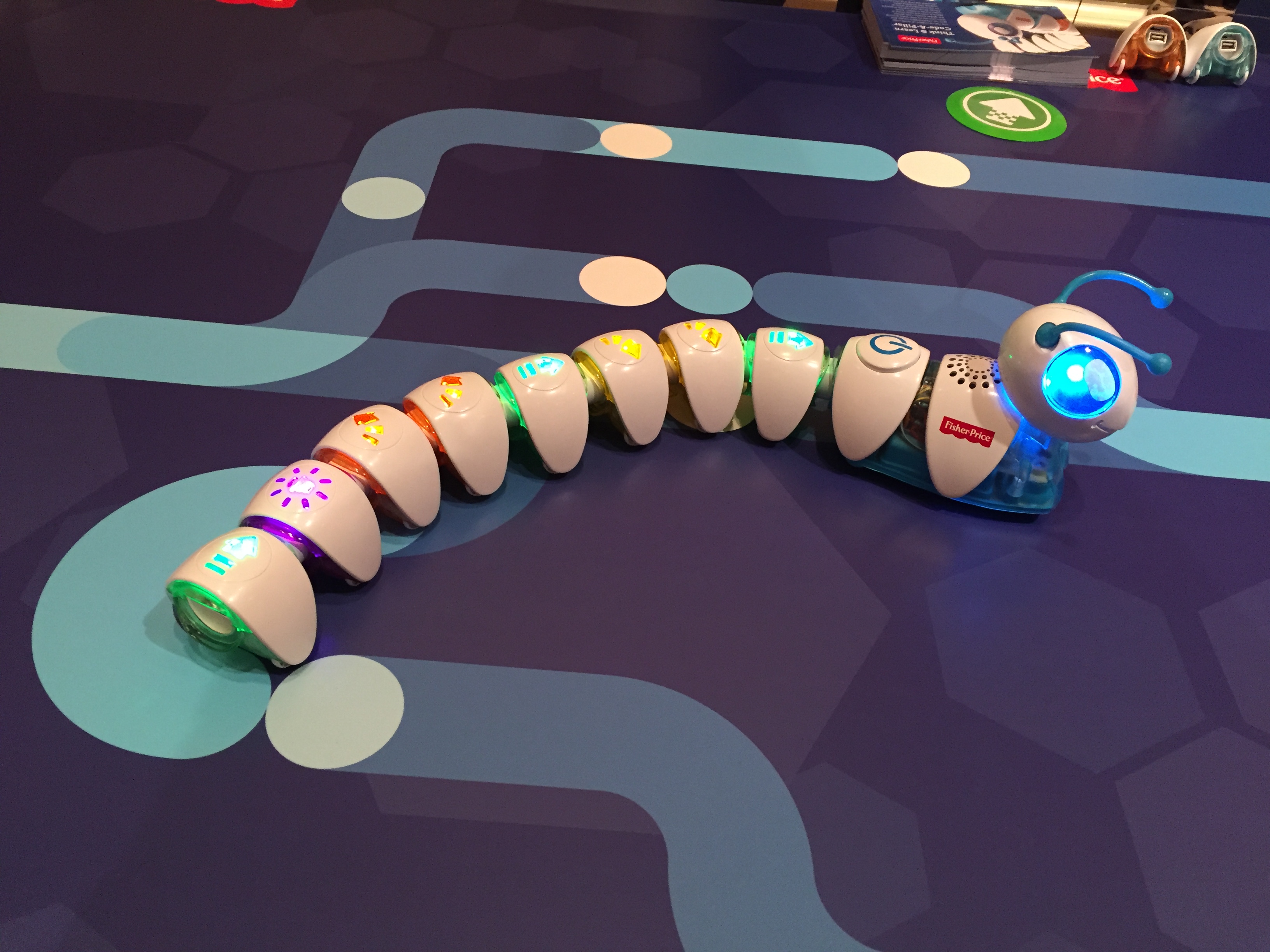 Mattel's (MAT - Get Report) Fisher-Price unveiled Code-A-Pillar, a caterpillar that is made up of movable segments. Each segment has a different direction on it --forward, right, left, or pause -- and the caterpillar moves based on how the segments are arranged.

The idea is that the Code-A-Pillar teaches early principles of coding through sequencing, problem solving, and goal-oriented programming. The child can set a specific target for a location he or she wants the code-a-pillar to reach.

The toy is geared towards kids ages three to eight and will be available in the fall for $49.99.2. Lego WeDo 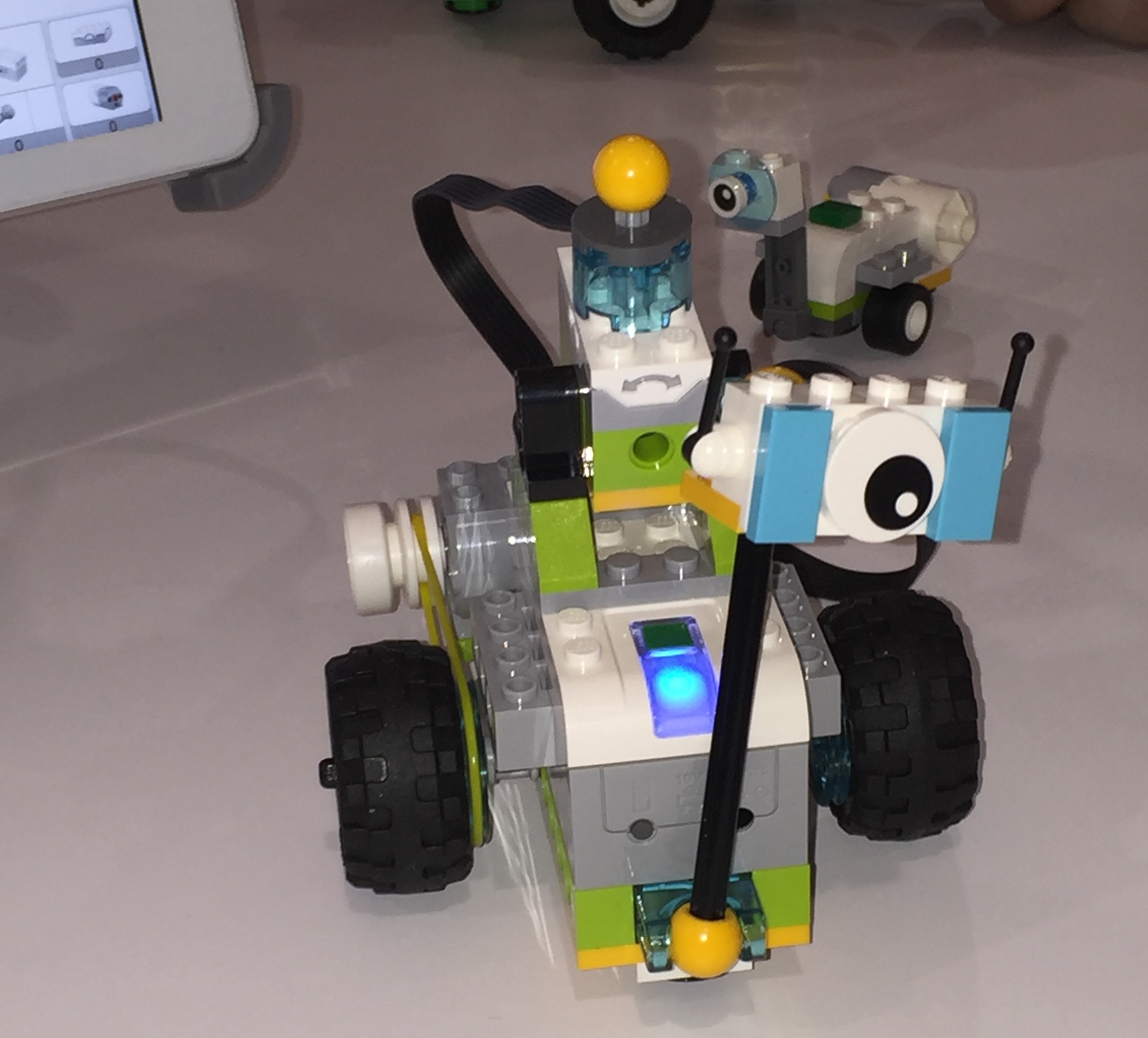 Lego stepped up its game with Lego Education WeDo 2.0, which offers a Lego-tied educational experience for kids in grade 2-5. They can explore different areas of science such as frog metamorphosis in the rain forest, weather-related events, and Mars through a special app that has them build a specific Lego project that is connected to the science theme, like a rover.

The Lego itself is then connected to the app via Bluetooth and can be programmed to teach early coding principles.

The WeDo construction set is available for $159.95, with the accompanying software included. 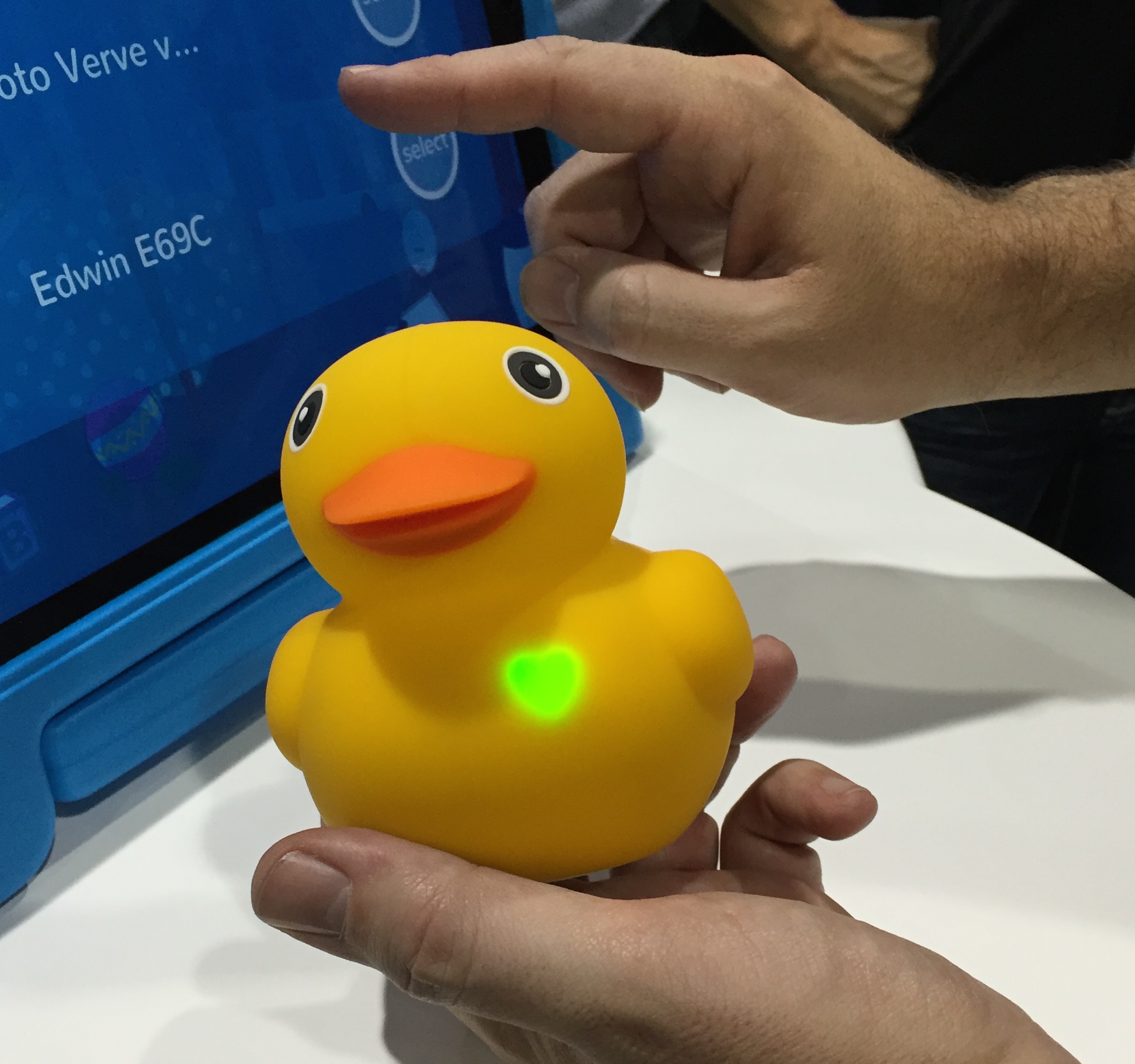 Edwin, the smart rubber duck, takes an old bath-time tradition and turns it into an interactive activity for kids. The waterproof toy, which was created by Indiana-based Pi Labs, connects to an app via Bluetooth.

The app goes through a narrative that asks the child to move the duck in specific ways to complete different tasks in the interactive story. For example, you have to shake Edwin up and down to brush your teeth, and you have to toss Edwin in your hand to put away the laundry.

Edwin, which is geared towards kids under the age of 9, costs $99 and is availableonline, at Best Buy, and at Apple stores starting next week. 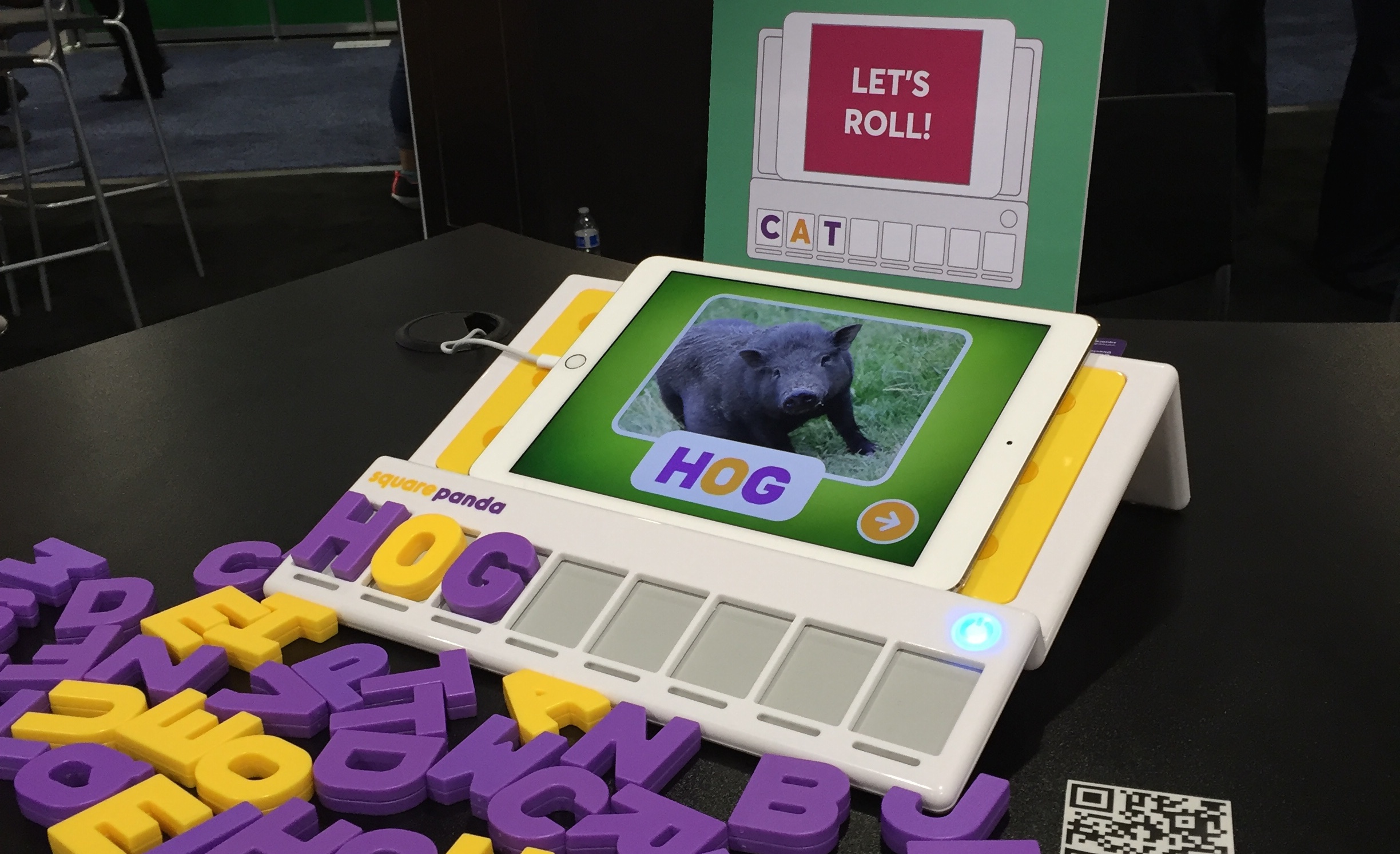 The Square Panda aims to help kids learn to read and spell by pairing an iPad with a playset accessory. The accessory connects to the iPad, where kids can access different challenges that require them to arrange the letters. Parents can also personalize the challenges with their own words. 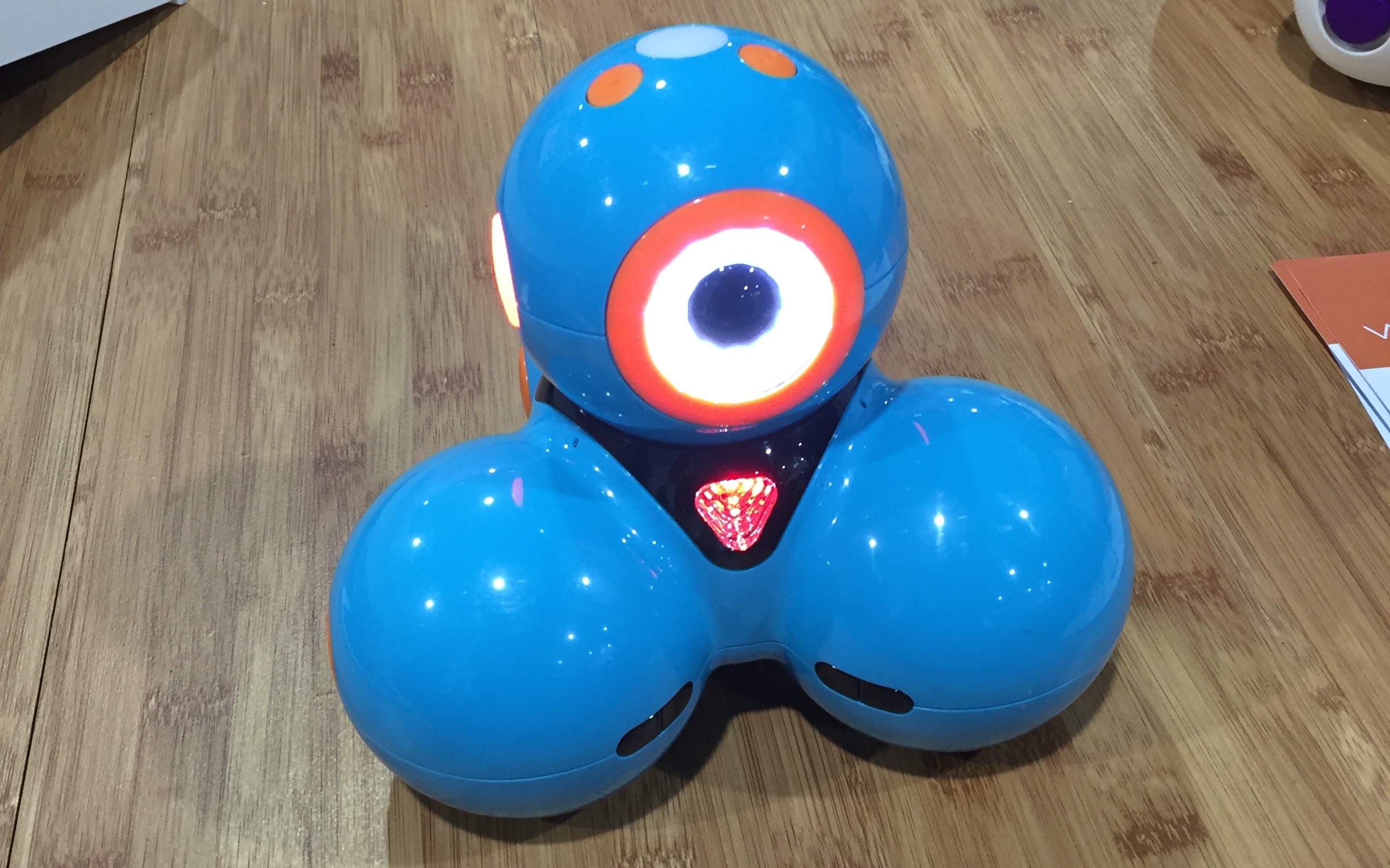 Wonder Workshop's Dash is a mini robot that can respond to a child's voice, move around the house and sing. Through accompanying apps, kids can program Dash to do things like play their favorite song, move along a set path and blink an eye. 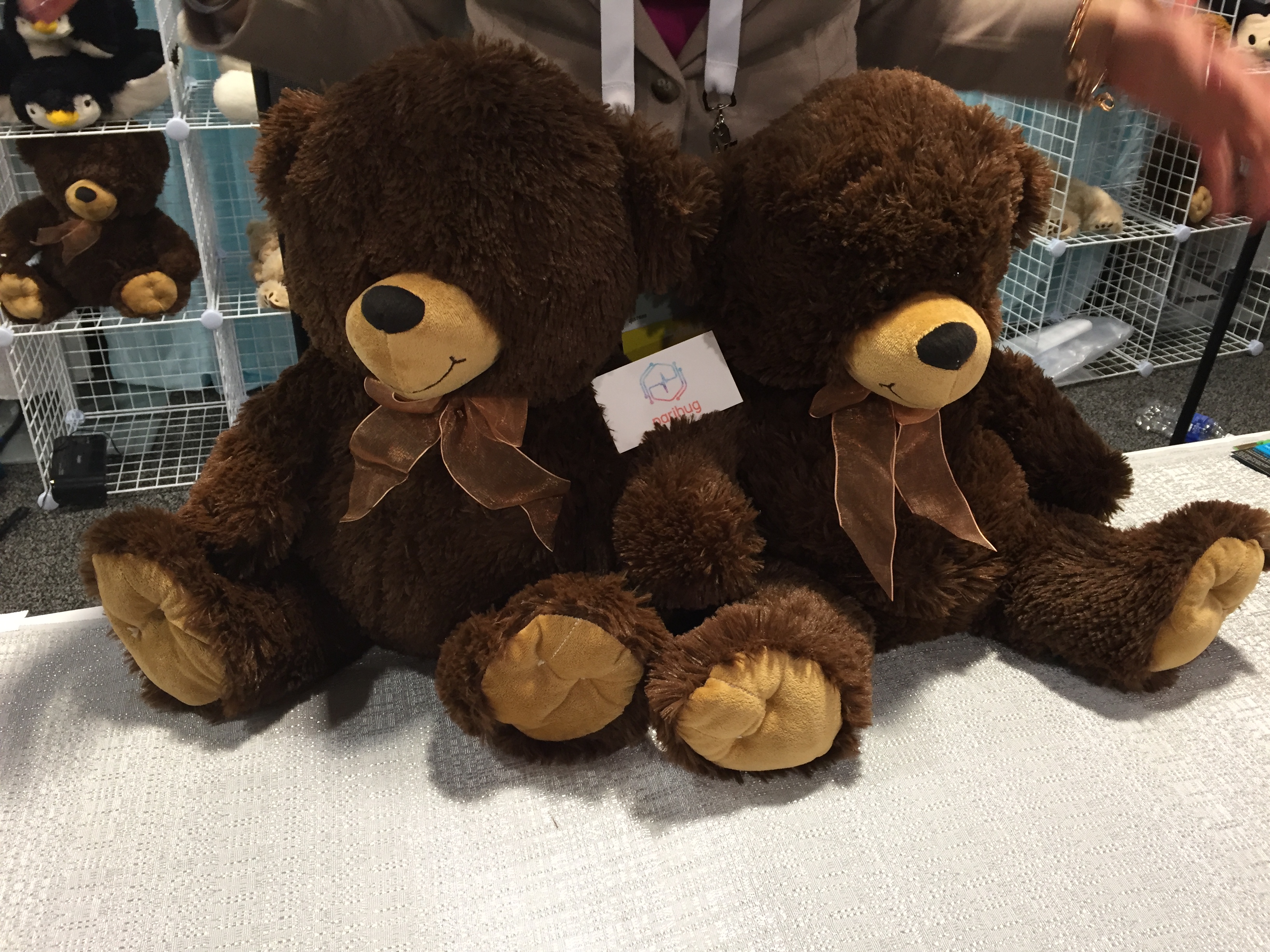 Parihug's matching bears aren't really educational but they are developmentally important for kids whose parents are constantly traveling. The pair of stuffed animals (they can be bears or any other animal) are connected via Wi-Fi so that when a mom or dad hugs (squeezes) one bear, the other bear vibrates, no matter how far apart.

UN chief urges India to respect human rights in Kashmir
Monday, 17 February 2020
ISLAMABAD, Pakistan  The UN chief on Sunday urged India to fully respect the human rights in
Freelance journalist shot dead in Somalia
Monday, 17 February 2020
MOGADISHU, Somalia A Somali freelance radio and TV journalist was shot dead late Sunday by
How Muslims are creating a new vocabulary of secularism for Indian democracy
Sunday, 16 February 2020
By: Sharik Laliwala* The demonstrations against the Citizenship Amendment Act and the proposed
Northwest Syria exodus tops 800,000
Saturday, 15 February 2020
UNITED NATIONS European governments and the United Nations on Friday sounded the alarm about an
America's Use of Agent Orange: 45 Million Liters of Dioxin Compound Dumped On Vietnam
Thursday, 13 February 2020
By: Jason von Meding In the end, the military campaign was called Operation Ranch Hand, but it
Hunger stalks southern Africa as climate crisis deepens
Wednesday, 12 February 2020
Just under a year ago, Alice Posha fled her home in the middle of the night and then watched as it
Tweets by mugtama_english