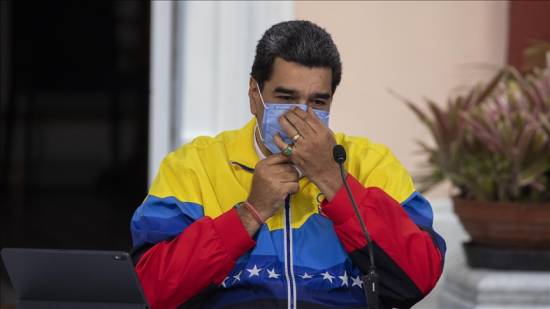 Venezuela’s president on Monday denounced international sanctions against his country, saying they have limited the government’s ability to fight the health and economic effects of the COVID-19 crisis.

In his speech at a virtual session of the UN Human Rights Council, Nicolas Maduro repudiated the more than 450 unilateral sanctions imposed by the US and European Union on Venezuela, arguing they have stripped the government of at least US$30 billion in oil revenues, finanicial resources that could have been used to fight the pandemic.

He added that the sanctions are not only illegal but also the cause of the humanitarian crisis currently unfolding in the South American nation.

However, he assured the Council that Venezuela is successfully controlling the effects of the pandemic thanks to the social protections offered by his government as well as its free health care system.

This week, the Venezuelan government will start its vaccination campaign after receiving 100,000 doses of Russia’s Sputnik V vaccine last week.

Venezuela’s Vice President Delcy Rodriguez said Sunday that these vaccines show that “despite the blockage, the country is addressing the pandemic efficiently and rapidly.”/aa