Rothesay (United Kingdom) (AFP) - From war-torn Syria to a windswept island off the west coast of Scotland, nine newly-arrived refugee families are struggling to adjust to new lives in a very unfamiliar world.

"It's hard. We don't know anyone!" said a woman from Aleppo, who was helping a fellow refugee from Homs pick out tea cups and bowls in a charity shop on the seafront in Rothesay on the Isle of Bute.

The other woman, who wore a black headscarf, said she could not find Arabic coffee, roast pumpkin seeds or "Mate", a caffeine-rich drink popular in Syria.

Heavy winds and rain have lashed the island this month and several refugees said they were struggling with the Scottish weather.

The Syrians -- around 40 of them in total with six more families expected to arrive in 2016 -- were previously living as refugees in Lebanon.

The Syrians were flown to Glasgow last month and took the one-hour boat crossing from mainland Scotland to the island, population 7,000. 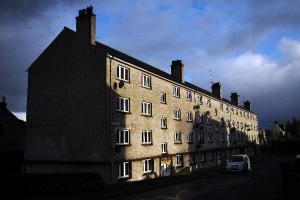 At the Co-Op supermarket near Rothesay Castle, a man from Daraa looked dazed as he wandered along the aisles with his crying two-year-old son.

A local woman jovially pinched the little boy's cheek saying: "I live next door to you!"

The refugees spent their first few days on Bute registering children for school and signing up for doctors, working out currency conversions and how to top up their new mobile phones to keep in touch with friends and family left behind.

They are among the first Syrians to settle in Britain since Prime Minister David Cameron announced in September that 20,000 refugees from camps on Syria's borders would be brought in by 2020.

Britain has opted out of EU quotas for taking migrants and dispersing them around the bloc. Cameron has resisted pressure for Britain to do more amid calls to share the burden in Europe's biggest migrant crisis since World War II, which has put pressure on frontline states. Germany, by comparison, is expected to record one million asylum-seeker arrivals this year, and much smaller Netherlands 60,000.

Local volunteers and officials have tried to keep media attention away out of concern that details about their identity could endanger family and friends, and to give them time to adapt.

Under a government scheme, the refugees are given five years humanitarian protection status, free housing and social welfare, as well as permission to work from the day they arrive.

Some locals are sceptical as to whether the Syrians will stay on their island and others harbour darker concerns, reflecting wider preoccupations about Syrian refugees in Europe and the United States.

"It's ok as long as they don't fight," muttered one bearded local man who was buying half a litre of vodka and two energy drinks in a shop. 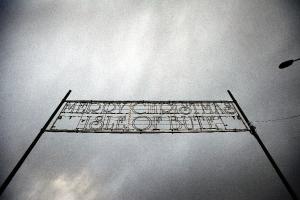 Once known as the 'Scotland's Madeira', the Isle of Bute was a seaside resort for Glaswe …

"The rain will chase them off," said another man in a sailor's cap waiting for a ferry in a harbour decked out in Christmas lights looking across the Firth of Clyde to snow-capped mountains of the mainland.

Craig Borland, editor of The Buteman weekly paper, said there was "a fear of the unknown" in the predominantly white, Christian community but that "an overwhelming majority" had welcomed them.

Zavaroni's Italian ice cream shop on the shore speaks to an earlier wave of immigration in Scotland, but the arrival of a large group of Muslims from the Middle East in Rothesay is unheard of.

"It reminds me of when my parents moved to Scotland," said Tariq Iqbal, a volunteer with the Scottish Communities Initiative who is trying to help with cultural mediation between refugees and islanders.

Ahead of their arrival, Iqbal -- whose parents immigrated from what is now Pakistan -- travelled to Bute from Glasgow to prepare the volunteers and there have been classes on Syria and Islam in local schools.

Iqbal said he was planning a much-needed halal meat shipment to Bute, and to set up a regular supply. The first delivery finally arrived on Tuesday.

"They don't even know what baked beans are!" he said, referring to a British culinary staple.

He said one of the main reasons for picking Bute was the availability of housing -- a reflection of the island's economic decline in recent decades.

Once known as the "Scotland's Madeira", the island was a seaside resort for Glaswegians until cheap air travel made warmer destinations more affordable.

Tim Saul, himself an "immigrant" from England who runs a jazz cafe and used to live in Bahrain, said he was looking forward to meeting the new arrivals.

"I've got my crib sheet [cheat sheet] behind the bar to brush up on my conversational Arabic in case one of them comes in for a coffee," he said.