Featured
US: Paul Ryan says Biden is best Democrat for beating Trump but won't be 'getting the nomination' 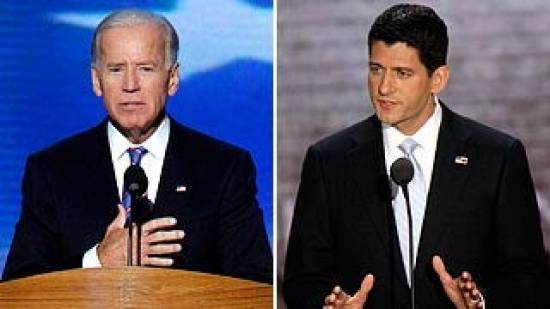 Speaking Tuesday at the Milken Conference in Abu Dhabi, Ryan told CNBC, "I’d say he’s probably the most likely one to have a chance at beating Donald Trump, but I don’t see Joe getting the nomination, I just don’t see him getting there."

Ryan's comments come just a few days after Biden took a hit in the Iowa caucuses, and is expected to be outperformed in the New Hampshire primaries. Ryan ran unsuccessfully as Sen. Mitt Romney's, R-UT., running mate in 2012 against former President Barack Obama and Biden,

He said that "it’s going be one of these progressives, which I think will be much easier to beat," speaking of candidates like Sens. Bernie Sanders, I-VT. Elizabeth Warren, D-Mass. who both finished stronger than Biden in Iowa.

“If Bernie keeps racking up wins and is seen to be going toward the nomination, then you can probably make the case that [former New York Mayor Michael] Bloomberg will get enough proportional delegates, because he’ll play in enough states, to go into the convention with a claim, and then you’ll have one whale of a mess of a convention — in Milwaukee, and then we’ll see what happens there,” Ryan explained. “I don’t see Joe getting the nomination, but he’s the best bet the Democrats have.”

Ryan said he believes Biden would perform well in three key states in the general election that are needed to beat Trump: Michigan, Pennsylvania, and Wisconsin.

“I think Joe is probably the hardest to beat, because it’s going to come down to the suburban (voter), it’s going to be the suburbanite that’ll basically be the difference-maker,” he said, describing those voters as potential "first-generation Republicans" who "don’t necessarily like the personality and the noise and the tweets that come with" Trump.

“So they’ll be tempted to vote for what they think is a safe moderate — and I think Joe Biden, it’s all relative, will fall into that category, and is the likeliest to be able to win that voter,” Ryan said.

Sanders took the lead in a new national poll Monday, overtaking the former Vice President for the first time nationally, just a day before the New Hampshire primaries.

Ahead of what could be a lower finish in the Granite State, the Biden campaign announced he and his wife, Dr. Jill Biden, would leave New Hampshire following the conclusion of the primary, opting out of a planned event in Nashua, and travel to South Carolina.