Turkey will repair the schools damaged by the YPG/PKK terror group in northern Syria, the country’s Defense Ministry said on Wednesday.

"Our heroic soldiers, together with our government institutions, continue their coordinated efforts in evaluating and identifying the needed repairs and restoration works for local schools destroyed by PKK/YPG terrorists in the Operation Peace Spring area," the ministry said on Twitter.

Our heroic soldiers, together with our government institutions continue their coordinated efforts in evaluating and identifying the needed repairs and restoration works for local schools destroyed by PKK/YPG terrorists in the Operation Peace Spring area. 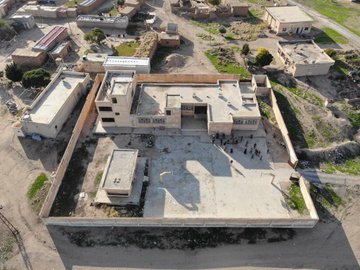 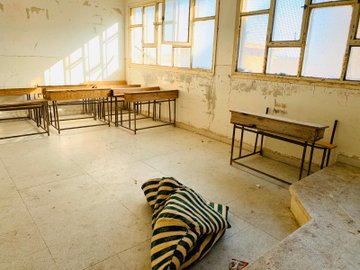 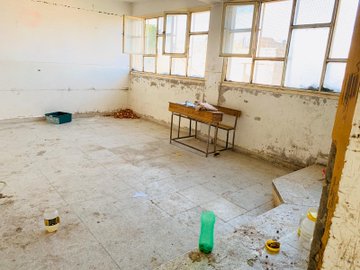 95 people are talking about this

The ministry also shared photos of a damaged school.

On Oct. 17, the U.S. and Turkey came to an agreement to pause the operation to allow the withdrawal of terrorist YPG/PKK forces from the planned safe zone, where Ankara wants to repatriate millions of Syrian refugees it is currently hosting.

On Oct. 22, Turkey reached a separate deal with Russia to force YPG/PKK terrorists to withdraw from the planned terror-free zone.

Turkey has complained that despite the deal, the terrorists have remained and continue to carry out attacks.

In its more than 30-year terror campaign against Turkey, the PKK -- listed as a terrorist organization by Turkey, the U.S. and the EU -- has been responsible for the deaths of 40,000 people, including women, children, and infants./aa

Protests in the long term: How is a lasting legacy cemented?
Monday, 03 August 2020
NEW YORK (AP) — What sort of staying power does it take for a protest movement to be judged a
Removing monuments is the easy part. We must make America a real democracy
Monday, 03 August 2020
One hundred and fifty-five years after Confederate troops surrendered at Appomattox and Bennett
Turkey provides Eid meat to refugee families in Iraq
Sunday, 02 August 2020
KIRKUK The Turkish Red Crescent on Saturday distributed meat of sacrificed animals to hundreds of
Turkish Coast Guard rescues 67 asylum seekers
Sunday, 02 August 2020
MUGLA, Turkey The Turkish Coast Guard on Saturday rescued 67 asylum seekers, including those who
Turkey: 1.2M families get financial aid during pandemic
Sunday, 02 August 2020
ANKARA  The Turkish state has provided financial support to over a million families during
Massive protests in Russia's far east rattle Kremlin
Sunday, 02 August 2020
Khabarovsk (Russia) (AFP) - Locals say a struggle for democratic freedoms is unfolding in the far
Tweets by mugtama_english