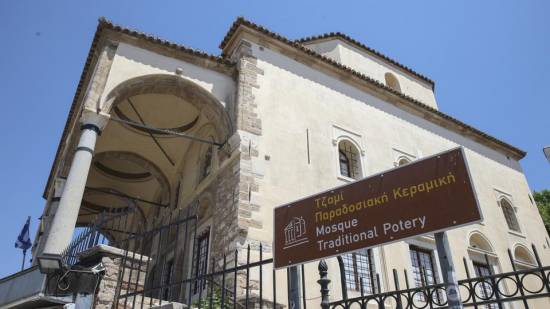 In a statement on Thursday, the Turkish Foreign Ministry urged Greece to respect international law and fulfil its obligations under the longstanding Treaty of Lausanne and other relevant agreements, "and put an end to its policies pressuring and intimidating the Turkish Minority in Western Thrace".

The statement came in response to a new legislation allowing the appointment of muftis by Greek authorities, a system the Turkish minority in Western Thrace rejects.

"Greece once again violated the rights and freedoms of the Turkish Minority in Western Thrace, guaranteed by international agreements, particularly the Lausanne Peace Treaty, through an act that it has enacted recently regarding the Muftis in Western Thrace," said the statement.

Adding that the law was drafted without any consultation with the Turkish minority in Western Thrace, the ministry stressed that Greece "once again disregarded the elected Muftis of the Turkish Minority, thus their will and religious freedom".

"In this framework, we fully support the statement made by the Consultative Board of the Turkish Minority in Western Thrace on 3 August 2022, reflecting the rightful reaction of our kinsmen," it said.

Citing Article 40 of Lausanne, Ankara pointed out that the treaty grants the Turkish minority in Western Thrace the right to establish, manage and control its own religious, educational, charitable and social institutions.

"Greece’s violation of this right against its contractual obligations had also been recorded by past rulings of the European Court of Human Rights," the ministry added.

Ankara further called on Athens to provide the Turkish minority with the necessary support and facilitation in electing muftis and administering and structuring muftiates.

However, the ministry stressed that Greece's "attempts to bring the Muftiates under its own control, against the will of the Minority, are unacceptable".

Mentioning how Türkiye does not interfere with the functioning of the religious institutions of non-Muslim minorities in its country or the election of their leaders through such repressive laws and practices, the ministry affirmed that Türkiye "will continue to follow closely the rights and freedoms of our kinsmen".

Greece's Western Thrace region – in the country’s northeast, near the Turkish border – is home to a substantial, long-established Muslim Turkish minority numbering around 150,000, or around a third of the population.

The rights of the Turks of Western Thrace were guaranteed under the 1923 Treaty of Lausanne, but since then the situation has steadily deteriorated.

After a Greek junta came to power in 1967, the Turks of Western Thrace started to face harsher persecution and rights abuses by the Greek state, often in blatant violation of European court rulings.

The Turkish minority in Greece continues to face problems exercising its collective and civil rights and education rights, including Greek authorities banning the word “Turkish” in the names of associations, shuttering Turkish schools and trying to block the Turkish community from electing its own muftis.

American philosopher Gary Wells: The Qur’an is a revelation from God, multi-level and profound, and mankind must learn from it