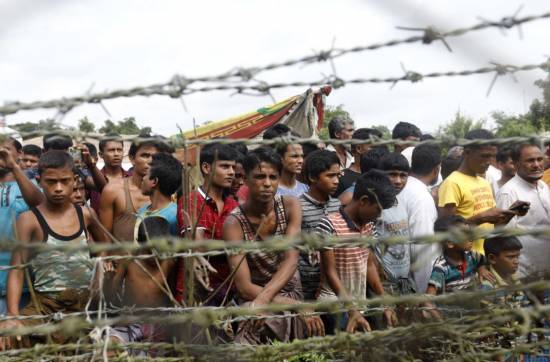 Judges of the International Criminal Court authorized on 14 November an investigation into alleged crimes against humanity, namely deportation, which have forced between 600,000 and one million Rohingya refugees out of Myanmar into neighboring Bangladesh since 2016.

The ICC is the world’s only permanent criminal tribunal that prosecutes those who participate in genocide and crimes against humanity.

The Court explained that there exists a reasonable basis to believe that “persecution on grounds of ethnicity and/or religion against the Rohingya population” may have been committed.

The top Prosecutor said that sufficient legal conditions had been met to open an investigation under the Rome Statute, the founding treaty of the ICC, that seeks to protect communities from genocide, crimes against humanity, war crimes and the crime of aggression.

Myanmar has rejected the decision, saying that the ICC has no jurisdiction over the country because it is not a party to the Rome Statute.

Survivors mark 25th anniversary of Srebrenica massacre
Saturday, 11 July 2020
SREBRENICA, Bosnia-Herzegovina (AP) — Bosnia is marking the 25th anniversary of the
Kashmiri national day event shifts to Muzaffarabad
Friday, 10 July 2020
ISLAMABAD (AA) After authorities in the Indian-administered Kashmir decided to abandon the
US sanctions top Chinese gov't official in Xinjiang
Friday, 10 July 2020
The US on Thursday sanctioned a senior member of the Chinese Communist Party and three other
US commemorates victims of 1995 Srebrenica genocide
Friday, 10 July 2020
The US paid tribute to the 1995 Srebrenica genocide victims on Thursday, as it marked the 25th
Srebrenica, 25 years later: Lessons from the massacre
Thursday, 09 July 2020
Europe’s worst massacre since World War II occurred 25 years ago this July. From July 11 to
A man Assaults Muslim Woman In front Of Her Kids at a Park in Russia (video)
Thursday, 09 July 2020

Boris Johnson’s refusal to apologise for racist Srebrenica comments is an insult to all UK minorities
Saturday, 11 July 2020
In July 1995, Srebrenica experienced a genocide on a scale not seen in Europe since the Second
Arrests and police raids follow Russia's vote to let Putin rule for life
Saturday, 11 July 2020
An opposition governor was detained and several activists had their homes raided by the police on
'Families of Caesar victims determined to seek justice'
Saturday, 11 July 2020
ISTANBUL Imaduddin Rashid, the founding member of a France-based association monitoring Syrian
Latin America’s poor to total 230 million by year’s end
Friday, 10 July 2020
Coronavirus will leave 45 million more people in poverty Latin America compared with 2019, says UN
Turkey rescues 57 asylum seekers in Aegean
Friday, 10 July 2020
Turkey on Thursday rescued 57 asylum seekers, including women and children, who were pushed back by
NYC paints Black Lives Matter outside Trump Tower
Friday, 10 July 2020
New York City on Thursday painted Black Lives Matter mural on its iconic 5th Avenue, in front of
Tweets by mugtama_english