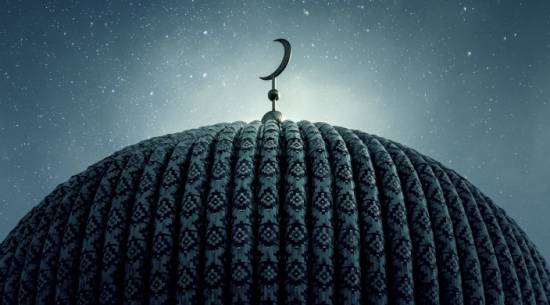 In the Xinjiang Uyghur autonomous region in northwest China, the religious life of the Uyghur Muslim community has been almost completely destroyed.

Between one and three million Uyghur Muslims have been arrested or detained because of their religion, and government minders and mass surveillance keep the Uyghur community under constant watch. Mosques stand empty because of the presence of state police. Since 2016, dozens of internment camps have been built, filled, and expanded, and individuals living in the Xinjiang have little ability to communicate with family outside the area.

There is no record of how many people have died, been tortured, been forcibly sterilized, or have had their organs forcibly harvested. This is an extreme case of the Chinese government’s ongoing attempts to erase the practices of religious minorities throughout the country.

This violation of human rights based on religious beliefs infringes on international human rights standards and calls us to act. Our history as a religious minority makes us acutely aware of the threats other such groups face, and we stand shoulder-to-shoulder with those persecuted for practicing their religion.

Last month, the Religious Action Center of Reform Judaism (RAC) joined members of the Uyghur community in meetings with members of Congress and their staff about the ongoing crisis in China. This advocacy was especially powerful as Uyghur Americans who have spoken to American legislators have been intimidated and threated by the Chinese government, and the safety of their families in China have been compromised. Many Uyghur-Americans don’t know the whereabout of family members in China.

In nearly 50 meetings with senators, representatives, and staff members, the Uyghur community members shared personal stories, including Ferkat Jawdat, who, despite the threat of persecution from the Chinese government, told lawmakers, and the RAC his story:

My mother, Minaiwaier Tuersun, was detained for the first time in November 2017 for 22 days and sent to the Chinese concentration camp. After she was released, she had to cut off all contact with us, but it became very hard for her to live without hearing her children’s voice.

On February 6, 2018, she left a voice message in our family group chat on WeChat. She said she was going to “school” again, asked us to study, work harder, and not worry about her. She also said she does not know if she can ever come back. We knew that many members of my family, including my mother’s two younger brothers, my aunt, her only son, and others were already sent to the camps.

After waiting for seven months, I finally decided to speak out and started meeting with members of Congress, officials in the State Department, and the media. After releasing a testimony video online, I received the first threat from the Chinese government through family friends. They said that if I did not stop criticizing the Chinese government and advocating for my people, I will not to talk to or see my mother again.

On March 26, 2019, I met with Secretary of State Mike Pompeo with three other Uyghurs. When the media published our story, I heard from a family friend that my mother was transferred to a prison and my aunt and uncle were also transferred to prisons in another city farther away because of my activism. But I kept speaking up and finally received a phone call from my mother on May 17, 2019, after losing her for 15 months and 11 days.

During the phone call my mother told me that she was released at Mother’s Day weekend and one of my uncles has also been freed. She said, “I learned Mandarin Chinese and Chinese laws” and asked me to stop all my actions against the government.

Three days later I learned that my mother was only released for one day and brought back to the camp again the next day. She was under surveillance when she called me and said what the government wanted her to say. After this was reported by a few news outlets, my mother is now released and has “received” a phone from the Chinese government so she can “contact” her family here in the U.S., but she still receives official visits daily from police and government officials and reports her conversations with them.

In Congress, bipartisan, bicameral legislation such as the Uyghur Human Rights Policy Act (H.R. 649/S.178), could mark a strong U.S. response to this crisis. The legislation would publicly condemn the Chinese actions, encourage the use of sanctions against individuals and companies participating in this repression, provide resources for U.S. citizens who have family members in the internment camps, and grant the FBI greater power to investigate the use of surveillance by the Chinese government against Uyghurs living in the U.S.

The legislation also would encourage the government to create a new State Department position, the United States Special Coordinator for Xinjiang, to oversee a comprehensive U.S. government response to the Chinese repression.