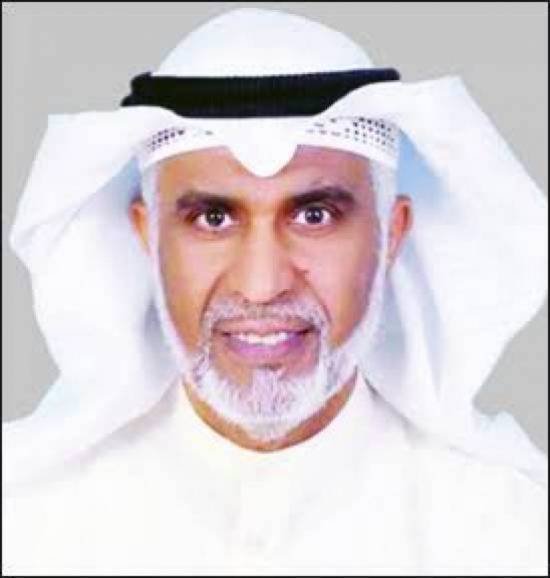 The axes on which the theory of (realism - idealism) is based: -

First: Estimating the National Security Authority of the State of Kuwait:

The national security interest of the State of Kuwait is appreciated by analyzing this interest in establishing a cordon of Kuwait’s sphere. Establishing national sovereignty and multiple defense and security agreements of understanding. Preserving the unity and solidity of social power in the state, and not opening the way for internal parties to interfere in the paths of international relations. Putting the assessment of the national security interest in the hands of one center, which is the authority of the Emir through the Kuwaiti Foreign Ministry and its political tools.

Second: To be shielded by the internationally recognized forces in a balanced way without resorting to bilateral security agreements with any regional state:

Kuwait has signed more than one agreement of understanding, cooperation and joint defense with the five major permanent members of the Security Council (the United States, Britain, France, Russia and China), since the war of liberation of Kuwait in 1991 until today. Moreover, Kuwait is renewing and re-establishing some of these agreements according to the nature of the shifts and changes. These agreements have contributed to protecting and eliminating the lust of regional conflict to pressure the State of Kuwait up till now.

Third: Adopting balanced neutrality in the regional and the international conflicts and avoiding regional axes:

During the reign of Sheikh Sabah, may Allah have mercy on him; the State of Kuwait committed itself to its international, regional, and institutional obligations without inclining to enter the fray of conflict in the Gulf, Yemen, Iraq or Syria. Although these are areas that require Kuwait to have a national role in them, according to the policy of "realism - idealism", it has not entered any axis of the conflict except in accordance with agreed upon legal agreements; Such as the joint defense agreement for the countries of the Gulf Cooperation Council and within the limits required by that agreement.

The realistic interest was to save Kuwait from any interference by regional parties to the conflict. At the same time, this ideal policy aimed at improving the state of peace in the region, reducing losses, and preserving the unity and cohesion of the region in the face of Zionist, Iranian and international arrogance.

Therefore, Kuwait did not participate in the "MOC" room that was established by regional countries under the auspices of the major countries (except for Russia and China) in the Syrian conflict, and at the same time it stood with the Syrian people in their ordeal and endured humanitarian relief in this conflict.

Fourth: Non-interference in the internal affairs of states and non-support of any of the conflicting parties:

The method of the Sheikh Sabah Al-Ahmad School, may Allah have mercy on him, decided not to interfere in the internal affairs of the conflicting parties, as it is an internal matter, in which regional and international systems should not interfere. Thus, Kuwait has not interfered in the Iraqi conflict among different militias and their supporters. Kuwait rejected Turkish intervention in the “Olive Branch” operation, and it refused to interfere in Sudanese affairs during and after the Revolution of Change. Kuwait has not contributed any role in developing the internal conflict between any opposition and government in its regional or Arab sphere.

When the Arab world was divided during the Arab Spring, and the Arab geography has become a scene of regional and international conflict, Kuwait has always stood with the constitutional and international legitimacy that was approved by the peoples and recognized by international legitimacy. Kuwait did not slip, like some Gulf and Arab countries, and intervene to change that legitimacy or breach the principle of sovereignty, as some countries did in Libya, Yemen, Syria, Sudan and Iraq. This policy reduced the political and financial costs paid by the State of Kuwait, and did not exhaust its economy in wars it had not established or planned. Kuwait has remained a country that enjoys the respect of all local parties, and everyone accepts its mediation and initiatives because it has no interest in tipping the balance in favor of the other.

Sixth: Rejecting violent conflict and calling for understanding and peace:

Kuwait, according to its "realistic - idealistic" policy, contributed to reducing conflict and calling for understanding and national peace in the Arab region, either by supporting international resolutions on relevant issues in the United Nations, especially at the time of its presidency of the Security Council, or through the mediation in which it participated and the initiatives that it called for. Likewise, by inviting the parties without announcing this, or with the announced initiatives, as happened in April 2016 between the Yemeni parties under the auspices of the United Nations and Kuwait's hosting of them as a neutral mediator.

Seventh: Encouraging adherence to the law and international decisions, not violating rights, and establishing justice:

Kuwait affirmed, in accordance with the policies of the late Emir, may Allah have mercy on him, the implementation of international decisions on Palestinian rights in all international stations. Kuwait presidency of the Security Council in 2019 had a prominent role in standing with the just issues of the Arab region and the Palestinian case and the just cases of the Islamic world (such as the issues of the Kashmiri and the Rohingya people).

Its rejection of the principle of normalization with the Zionist entity is considered a commitment to an idealistic and realistic policy at the same time, and the rigidity of the late Emir’s position, may Allah have mercy on him, is evident in more than one position in this regard.

Eighth: Recognizing the geostrategic dimension of the State of Kuwait and aligning with it at points of contact and conflict:

Kuwait, which has an open nature, has maintained normal and cautious relations with the three countries (Saudi Arabia, Iran, and Iraq), but upon the strategic disagreement over the strategic priorities and interests of the region, it automatically aligns itself with its integrated Gulf dimension, both with regard to illegal and legal interventions as in Yemen. With regard to the Iranian attacks on the Gulf States, or the movements of some internal parties linked to sectarian lines to Iran or Iraq, they are bound by their constitution in any security agreement, especially the Gulf Security Agreement, and its binding constitution for foreign policy, which is bound by its controls and rights.

The relationship with Egypt is characterized by an Arab national strategic dimension that has nothing to do with the nature of the ruling regime, but rather the nature of the strategic weight that Egypt represents for the balance of the Arab conflict with the Zionist entity and the Iranian influence in the region. In light of this policy, Kuwait stood with the results of the 2012 elections in the Egyptian state, and it stood with the results of the military coup regime as well, as popular movements and legal practices covered it. At the same time, Kuwait did not respond to calls for stigmatizing the Muslim Brotherhood as a terrorist organization. This is not part of its policy towards any local party in the conflict in Egypt, and the statement issued by the new Brotherhood’s deputy guide, Ibrahim Munir, had a prominent praise for the late Emir’s role in the Arab region, because Kuwait did not join the axis of countries that stood against the results of the constitutional revolutions.

Similarly, in its dealings with the new (sectarian) Iraq, Kuwait did not favor the Sunni doctrine, but rather dealt with the Iraqi state with its existing constitutional entity, and also contributed to strengthening the involvement of Arab Sunnis in the rule of Iraq and supporting the Sunni region after the events of "ISIS" as primarily humanitarian support.

With its "realistic - idealistic" policy, Kuwait settled the issue of sovereignty regarding the demarcation of the southern land and sea borders in the neutral zone with the Kingdom of Saudi Arabia in December 2019, and ended a century of border dispute with Saudi Arabia.

Sheikh Sabah Al-Ahmad's calm, solid and long-winded policy had a decisive effect in launching the border agreement and resolving the dispute over the Dorra field with Iran, and the demarcation of the Iraqi borders was carried out under the supervision of Sheikh Sabah Al-Ahmad Al-Sabah, may God have mercy on him. Thus, the sovereignty of Kuwait over its lands was settled. All of this happened thanks to the realistic-idealistic policy of Sheikh Sabah Al-Ahmad practiced during his long experiences in international relations.