Death toll from Cyclone Batsirai in Madagascar jumps to 120 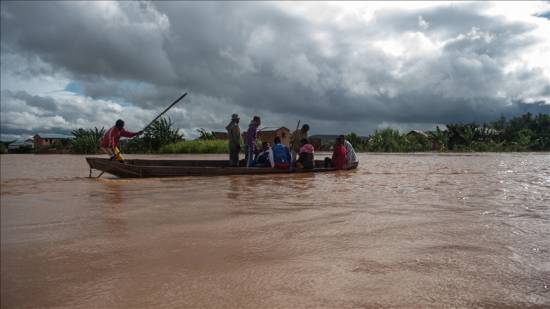 The death toll from Cyclone Batsirai in Madagascar has climbed to 120, authorities said on Friday.

The figure, which rose from 96, is still a provisional one as emergency operations are progressing “slowly,” an official at the National Disaster and Risk Management Office (BNGRC) told Anadolu Agency.

“The search is not really going on. Data is coming in slowly because there has been a lot of infrastructural damage and communication networks are not working,” the official said.

The cyclone slammed the Indian Ocean island late on last Saturday, displacing over 30,000 people and impacting at least 120,000 more.

Construction of shelters sites is one of the top priorities for authorities at the moment, according to the BNGRC.

Damage to the railway network has completely cut off at least six areas, authorities said, while more than 2,500 classrooms have been destroyed on the island.

In a statement on Thursday, Madagascar’s weather department said a “process of cyclogenesis could take place from Sunday.”

“For the moment, it is still difficult to confirm a possible risk of direct impact on the North and Northeast … of the country in the long term,” the statement said, urging citizens to closely monitor “the weather situation, especially at the beginning of next week.”/aa