Spain is on the threshold of its first major heat wave of the summer, state meteorologists warned on Tuesday.
Spain braces for 1st major heatwave of summer 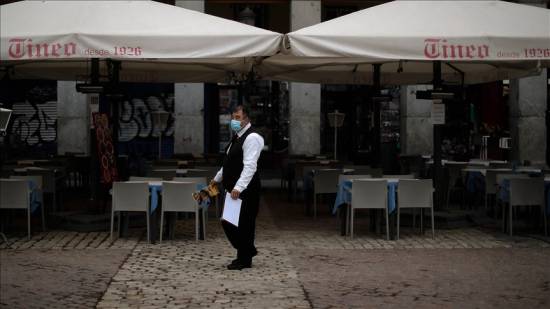 A hot air mass blowing in from Africa is set to take hold of much of the country from Wednesday to Monday.

Temperatures are set to soar above 40 degrees Celsius (104 degrees Fahrenheit) in large parts of southern and central Spain, with the mercury potentially rising as high as 44C (111F) in interior valleys. In those areas, minimum temperatures are hardly supposed to dip below 25C (77F).

On Tuesday, Spain’s Health Ministry issued an advisory telling the public to keep hydrated and cool during the hottest parts of the day.

Just one-third of Spanish households have air conditioning, according to housing platform Idealista. However, the heat wave is coinciding with the highest-ever electricity prices in Spain, so those who do use air conditioners to cool off could face discomfort when getting their energy bills at month’s end.

Although Spain has so far been spared from the forest fires that have devastated other areas of the Mediterranean like Turkey or Greece, starting Wednesday more than half of the country will be under extreme or very high risk of fire.

This is Spain’s first official heat wave, although the summer has already been hot and dry in much of the country.

In Catalonia, the government is asking farmers to prepare their lands to minimize fire risks./agencies