Fed tapering may start as soon as mid-November, minutes show 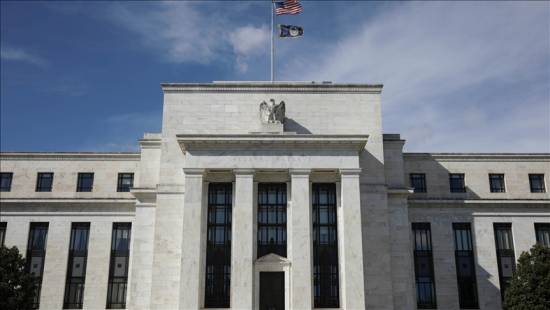 The US Federal Reserve could start tapering -- the process of reducing monthly accumulation of $120 billion assets on its balance sheet -- as early as mid-November, according to minutes of its last meeting.

"Participants noted that if a decision to begin tapering purchases occurred at the next meeting, the process of tapering could commence with the monthly purchase calendars beginning in either mid-November or mid-December," said minutes from the Sept. 21-22 meeting.

The bank said half of market participants see tapering starting in December, although some believe there is a strong probability that the first reduction in asset purchases could come in November, according to the minutes.

The median expectations for the conclusion of tapering points to July 2022, it added.

Fed Chair Jerome Powell said at a news conference on Sept. 22 that the central bank may conclude tapering by the middle of 2002.

The Federal Open Market Committee (FOMC) announced that day that tapering would start soon, which left just two options for the remaining of the year: after the FOMC's next two meetings -- Nov. 3 or Dec. 15.

The markets were rattled by the decision in September and global stock exchanges saw major declines because the beginning of tapering would mean less liquidity, which has been abundant during the coronavirus pandemic to support the American economy.

But US employment remains weak, while energy and food prices have soared.

The American economy added just 194,000 jobs in September, much lower than estimates of 500,000, according to data from the Labor Department.

The consumer price index (CPI) in September rose 0.4% from the previous month and 5.4% from the same period last year -- both 0.1 percentage point higher than expectations.

The Fed is expected to cut asset purchases by $15 billion each month for eight months. Analysts estimate a month's reduction of $10 billion would come from Treasury securities and another $5 billion from mortgage-backed securities./agencies