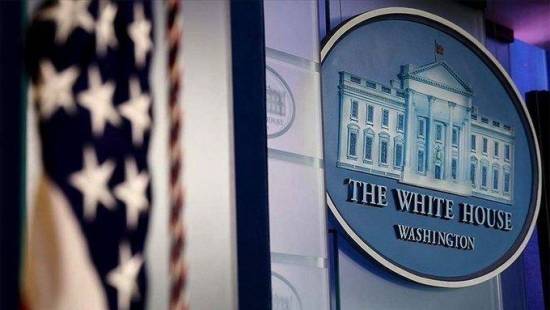 The US President Joe Biden marked the National Day of Mourning, commemoration among Wampanoag Indians living in Massachusetts and Rhode Island on the day of Thanksgiving.

"I want to recognize that Thanksgiving is not a day of celebration for all and to share my deep gratitude to you and the Wampanoag people for your invaluable contributions to our Nation," said Biden in a letter to the head of the Mashpee Wampanoag Tribe, Brian Weeden.

"Despite a painful history marked by broken promises and harmful federal policies, your communities have remained resilient in the face of great adversity," he added.

Biden said that his administration "is committed to working in partnership with you to honor Tribal sovereignty and strengthen our government-to-government relationship," to Weeden.

"The Thanksgiving holiday is a bitter reminder of a history that attempted to extinguish our culture and broken promises that have inflicted a tremendous amount of damage on our Tribal Nation," said Weeden in his National Day of Mourning/Thanksgiving message.

"Today, we continue to feel the harm of federal policies that have fallen short of the promise to protect our land," he added.

Weeden said that "Past generations of Wampanoag men and women were forced to carry this fight alone. Today, we are thankful to have fierce advocates in Washington that recognize the immediate need to secure our tribal lands - land required to begin the process of healing the damage inflicted over the past 400 years."

Symbolizing the unity of the country in the USA, Thanksgiving Day is known as the National Day of Mourning among Wampanoag Indians living in Massachusetts and Rhode Island.

Celebrating its 400th anniversary this year, according to the country's official history, Thanksgiving dates back to a banquet that the Wampanoag Indians and the first group of immigrants that come to America from England held together in 1621 after Wampanoag Indians helped immigrants to survive.

According to this narrative, Puritans fleeing from the religious oppression of England and immigrants seeking a new life for themselves, after setting off from Plymouth, spent the first winter in the region they set foot in 1620 and named Plymouth again. They lost most of their population to hunger because they did not know how to engage in agriculture in the new lands.

The following year, the Wampanoag Indians helped them, taught them to plant their land and celebrated their first harvest together. But the natives of Wampanoag, one of the actors of this official narrative, mourn each year on Thanksgiving.

Rights activists in the USA, who demand the removal of the statues of Christopher Columbus and the transformation of Columbus Day into Indigenous Rights Remembrance Day, also oppose the official history of Thanksgiving and its celebration as a holiday.

According to indigenous history, the Wampanoags helped the immigrants survive, albeit for strategic reasons, but their support was rewarded by years of genocide, assimilation, enslavement, and confiscation of lands.

The Mashpee Wampanoags, one of the five officially recognized tribes of the Wampanoags, were able to declare only 1% of the lands they have inhabited for 12,000 years as a protected area under their autonomous administration during the former President Barack Obama term, and they are still trying to combine these scattered lands to establish a protected area where they can generate income./aa